Sitting on the end of my bed in tears for the 5th night in a row, I say to Gerry (my husband) if I don’t wake up tell them it’s my heart, and tell them I couldn’t breathe.

As always I am woken up by my youngest and weirdly, I am grateful. Grateful to have made it through the night.

It’s no wonder I am always tired,  it takes so long to go to sleep for fear of not waking up, and then my sleep is disrupted by sweats, proper bed wetting sweats, t-shirt changing sweats .

I also had this constant pain, excruciating pain in the back of my neck still there but worse since late 2019. ( I had been prescribed Naproxen for this but that didn’t work) I am not entirely sure how I carried on, but for as long as I can remember this has always been in my nature , to just keep getting back up and telling myself it will all be fine.
What I realise now is that I saw seeking help and admitting I might not be okay as a sign of weakness, especially doing what I do, in Fitness.

How could I a healthy 43 year old PT, who jumps out of bed and into her Lycra, offering free workouts, teaching spin, running half marathons, possibly have anything wrong with her?

The actual truth is that by September, I was at the depths of despair.

I was always angry with my kids, I was angry with my husband, I felt detached and the guilt at feeling like I was being unreasonable about everything, but unable to control these feelings was hideous.

The worst part was carrying on as if everything was FINE … I’m fine …I’m fine, I can’t remember how many times I said that.

I can’t pinpoint the moment that I felt brave enough to call the doctor, but I  think I was scared that it was so much more than what it was going to turn out to be.

I think we all have that fear when we’re not feeling 100%.

It was in February 2020, I’d been talking to a friend and I was explaining my breathlessness and heart palpitations and trying to put it down to a number of things.

It wasn’t until we were in first lockdown in March,  I was homeschooling the kids and trying to keep my business going, that things really began to escalate. I definitely began drinking more wine as a coping mechanism I have an addictive personality, and have never been the type of person to be ablate have just the one drink.

My anxiety, heart palpitations and breathlessness increased, and I felt terrible scared and alone. I beginning to have the odd panic attack again, which if anyone has had are horrendous.  The tightening in your throat and your chest is really scary and I finally decided that I needed to call the doctor.

I made that first phone call at the end of March.

The upshot from talking to my doctor was that I probably had muscle soreness from working out and that was stoping me from fully taking a breath.  I should stretch more, take more care and whilst that didn’t really explain the heart palpitations. I had to go down the route that I was being taken by my doctor. It was also suggested it could be stress, which seemed more possible under the circumstances.

I rang the doctor again in  tears. I was sent for blood tests and a chest x-ray which thankfully came back clear but it still didn’t get to the bottom of the problem. It was suggested at this point perhaps I was suffering from anxiety and depression.

I decided at that point to work with it, ignore it in the hope it would just go away. I know it wouldn’t but with my studio now open and life feeling relatively normal I gave it a go.

I had worked out that in order to get to the end of that breath I had to sit and focus on it.

However this is hugely difficult when you’re talking to people. I would have to stop a conversations to catch my breath, my daughter began saying you’re doing that breathing thing again.

At this point I has an inkling it may be related to hormones (and alcohol) and began to do some research. I had the pleasure of connecting with Dr Rebecca Lewis at Newson Health. I began to open up and talk about my experiences on Instagram and realised I wasn’t alone.

I did my first LIVE chat in May to help others… and I  began to track my feelings, symptoms and cycle.

I contemplated HRT but the summer arrived and we were out of lockdown so I tried to suppress the symptoms.

I then convinced myself, that if I had a drink the palpitations would go away and I could breath, maybe in drinking I felt more relaxed so I didn’t think about it or was I getting to the point that I was drinking I couldn’t remember that I was the breathless.

Either way through all of this I kept on doing my workouts kept on wanting to help other women, I find it bizarre now when I look back at what I achieved last year feeling like this.

I know you might be thinking, that I always seemed so confident but it’s very easy to hide away and save your energy for when it’s needed.

I had some really low moments when I was trying to achieve my goal of reaching more women, when I would reach out to other women that I thought might help, and didn’t.  My head, my body my whole outlook was in such a funny place that I took their silence personally and began to question what it was I was doing, what it was I was trying to achieve, and was there a space for me here I felt incredibly lonely.

It wasn’t until I read the M word and subsequently had a chat with Dr Philippa Kaye in August, and another chat with Dr Rebecca in September that it became clear.

So, finally with the kids back to school I was able to reflect on everything that had been going on, and I realised then that what I was experiencing the anxiety, the breathlessness, the heart palpitations, the sweats, the feeling of loneliness, the joint pain, the rage, the internal critic was all down to peri menopause.

I eventually took the plunge and booked an appointment with Dr Rebecca Lewis.

We decided that with everything I was experiencing that HRT would be a good move forward, so I took the plunge.

I began my HRT journey and began to embrace and accept me at the same time. It was almost as if acknowledging these changes in my body enabled me to see me, and to be me again.

I did feel like I was getting a little better and the breathlessness certainly eased but then after the loss of a wonderful friend and finding out my dad had advanced pancreatic cancer, my word was turned upside down.

I felt lost and I found it very difficult to process. I carried on with my HRT and exercise and try to be upbeat as much as possible for the kids and everybody else around me.

I definitely found the HRT made a huge difference and life was almost back to normal except for the amount of alcohol I was consuming.

I found myself throughout November and December rewarding myself with a drink of wine round about 6 o’clock and when I started making excuses to have another drink or open another bottle I knew that I had to think about what I was doing.

I also found that my waking thoughts began to be about when it was okay to have a drink that day, but perhaps this is a story for another time.

I had another consultation with Rebecca and I explained that life was pretty complicated and that the heart palpitations and breathlessness had started to come back a little so we did do a blood test obviously having embarked on some HRT and it showed that my oestrogen was still low and that I have very little testosterone so we dealt with that accordingly.

I then hit the end of December, and my palpitations were back with vengeance and I heard myself convincing the sensible voice that having a drink was okay, I was under a lot of stress and I deserved it.

At the end of December, with a very tired body, I realised that in order to give myself the best chance of responding to a HRT, that giving up alcohol and doing dry January was the way forward.

I would like to thank Dave Wilson (soberdave) at this point for his support in helping me take control of my drinking.

January has enabled me to do a lot of soul-searching, a lot of reflection and what I have come to realise is that whilst one is going through the peri menopause and all these extra strains and extra stresses with homeschooling and the worry of our parents that we do tend to reach for alcohol as a as a coping mechanism.

I also do know that my reasons for drinking alcohol have been to numb various other life challenges which I will face one day  but to say really the point of this, is you are not alone.

So here we are now at the beginning of February and I can honestly put my hand on my heart and say I feel the best I have felt in over a year. I feel confident, I feel excited, and I feel like I’m being me for the first time in a long time I think I got confused in what was going on in my head with all the hormones that I didn’t really know who I was.

Having struggled when I was younger with my body confidence, I finally feel I’m back, this is me, this is where I am meant to be.

I want every woman to know that when you hit 40 it really is the beginning not just because someone is saying life begins at 40 but because actually now is the time when you can look back and see that everything you have done has got you to this place, it’s got you to this place where you can feel confident and embrace who you are.

I could actually cry writing this because I feel like I wasted so much time worrying about what people thought of me. Did I say the right thing? What did I say? Do I need to apologise to anyone? (the morning after the night before!)
I just wish that I had realised earlier that my hormones and my drinking were stopping me from being me, and that HRT and quitting alcohol has given me back my confidence that I had lost.

I appreciate I have some way to go in terms of quitting alcohol, but it’s a great start and I’m very proud of myself and I hope that in sharing this it helps you too.

The word menopause literally means when your periods stop. Meno­ refers to your menstrual cycle and ­pause refers to the cycle stopping. 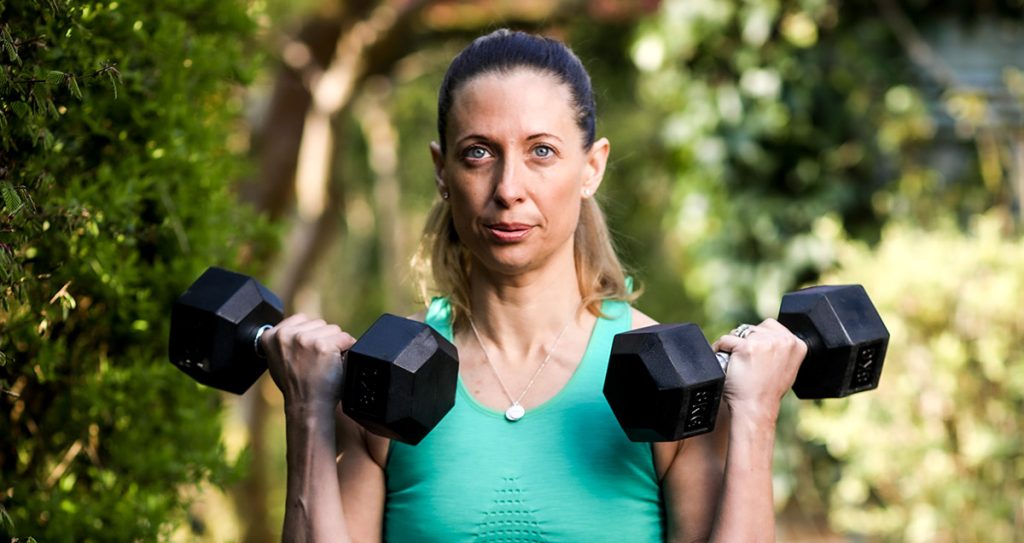 I have seen so many women who have always been really fit and healthy, suddenly struggle to keep up their usual routine as they have approach the menopause. 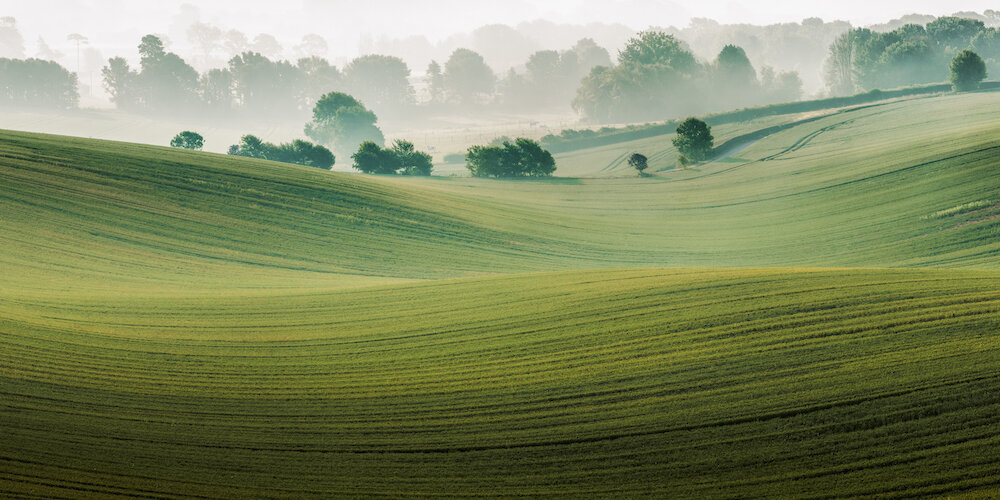 Clinic51 is a private, GP-led women’s health and menopause service. When hormones leave you feeling lost, they can help you navigate your way back.

An online community helping you to navigate your way positively and confidently through your menopause and helping you thrive in midlife.